Registered with the IP Rights Office 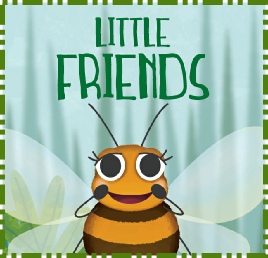 First, remove the words ‘bad’ and ‘wrong’ from creativity, writing, and drawing in particular. When it comes to using our imaginations, and everything else to do with creativity, replace these words with just ‘what works’ and ‘what doesn’t work.’

It may seem doing this isn’t right but in fact, even the worst ideas can lead naturally to genius kids’ storylines. Those which would never have been revealed without first coming up with all the supposedly bad ideas, the thought debris, that didn’t work the first time. With the imagination, Segway’s are gold.

The trick is to ask yourself to think about what you want to say, not what you want to write. We speak quicker and clearer while only being vaguely aware of what we are thinking about; our thought processes are that fast.

This can be done within writing too by writing everything down as soon as it comes into your head, once you start, without editing what you will and won’t include as you’re doing it you will be surprised at the results. Magic happens. And, there’s plenty of time to edit what works and what doesn’t afterward. Just go for it.

So how do we use our creative imagination especially when we want to write? What about practising some easy exercises to get your mind working.

For the first exercise, I want you to put aside the paper and pencils. Relax, then imagine the following. ‘You are climbing up a big mountain. When you get to the top you see the opening to a big cave in front of you. Being very brave, you creep into the cave to see what’s inside. When you reach the back of the cave, there’s nothing there. Disappointed, you turn around to leave but suddenly find a big bear standing in the entrance, blocking your way out.

Think of at least five things you could do to get past the bear and to safety. You are not allowed to use violence. Now put the thoughts to the back of your mind.

Now we go on to the second exercise. I want you to do the same as in exercise one, only this time have a paper and a pencil near.  Imagine this time you have found and brought home a baby tiger-dragon that has been left all alone. Without thinking you have given your tiger-dragon a bath! But in doing so you find you have put out his fire. Write down a name for the tiger-dragon (first and second names) and explain why it was left alone. Then write down five different ways you could give the tiger-dragon’s fire back.

If we were to do these two exercises with children, we would likely hear things such as, “I can’t do it” or “Hers/his is better than mine.” Many adults have been saying it all their lives, yet only very rarely have we found it to be true. Even in the case of someone who may have disabilities, either physical or mental… they usually still find a way when shown there is a way.

As adults, we sometimes forget that everything we do and take for granted once seemed impossible for us. Even those we regard as the simplest tasks. Talking, drinking without spilling, eating without dribbling, standing without falling, jumping, catching, holding our heads straight.

All of these took practice, hundreds and even thousands of attempts before we could do any of them naturally without concentrating. Think of learning languages, elite performances in the arts and sport, precision surgery, engineering, inventing, teaching. We each have to learn. And for that, we use our minds.

To help new writers, especially those writing for children, we came up with an idea that both children who write and adults can use to remind themselves of this. That way you can relax into every new skill you attempt without fear of making mistakes, getting it wrong, or looking silly. Having fears, by the way, are by far the biggest thing children have in school and life. And often so do adults. And, it’s sad, and ironic, because to get anywhere we have to experience the learning process, many times.

Now let’s try another exercise. Imagine you have a monkey on your shoulder. Behind but in the distance, there is an infinite supply of ripe bananas.

Every time you hear that little voice in your head saying, “I can’t do it” or “theirs is better than mine,” and phrases like “I’ve never been good at writing, drawing, maths, sport, swimming, catching, singing, dancing,” whatever, imagine it is that monkey telling you these things. Imagine you have picked up one of those imaginary bananas and shove it in the monkey’s mouth.

And keep doing that every time you hear that negative little voice telling you any of these negative things.

Why? Because it simply isn’t true. You couldn’t have reached your age without already being an extraordinary human being, capable of anything.

We have all come from being a tiny helpless baby to who we are and what we can do today. That is incredible. And the way we achieved that is through learning how to do something and by practicing it over and over again until we perfected it. It is the same for everything we learn, from the simpler everyday tasks to the most complex jobs humans do. Just learn the tricks on how they are done, and practice them.

Once you get this, you are unstoppable.

And every time you hear that little voice in your head saying you can’t, or you are not good enough, just feed it a banana and say to yourself, “Thank you for sharing your thoughts with my monkey, now have a banana and a great life!”

It’s the perfect way of shutting out a negative little voice and replacing it with an unlimited supply of positive feelings and possibilities.

In the meantime, remember: Having managed to control your negative voice why not utilise the system by helping young writers interested in writing to control theirs. In a follow-up podcast about utilising childish imagination for younger writers, we discuss how we can help you with your school visits.